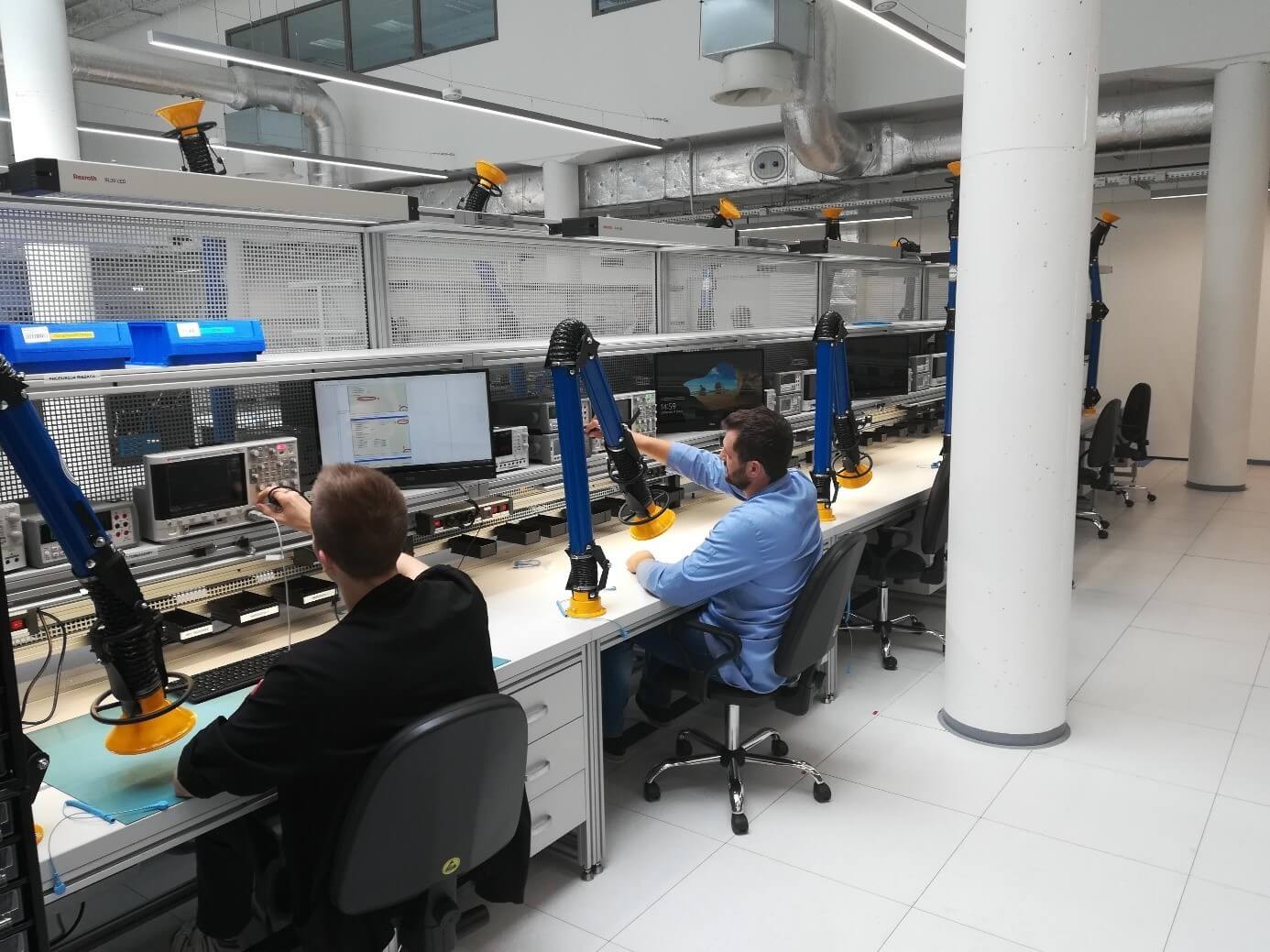 Last year in August, the production of detectors and infrared modules at VIGO Photonics was moved to a new assembly hall.

This simple statement sums up the completion of the first stage of the investment specified in the company’s development strategy – construction and equipment of the new production plant. However, such simple information does not reflect the scale of challenges we had to face during the whole process, starting from the idea (2015), through the design stage (2016 – 2017), construction (2018 – 2019), furnishing (2019), and ending with starting production in the new hall.

The whole project was successful. Starting from September 2019, all products leaving the company come from the new hall. Preparation of new workstations and relocation of production were carefully planned and thanks to the huge commitment of our employees made without interruption in production.

The scale of the project shows the size of the area and the number of workstations or equipment purchased. The assembly hall together with auxiliary rooms and the warehouse has an area of over 800 m2.  In addition, the storage area is increased by launching in the logistics area the elevator rack together with software that allows to automate the storage process. The new rack has 91 programmable shelves with dimensions of 3750 x 820 mm which allow for centralization of goods with a total weight of 27 t. The rack is almost 12 m high and, thus, takes up the height of 3 floors. The warehouse and production rooms meet the requirements of increased purity to ISO8 class, thanks to which our production will meet the expectations of new customers from the electronics industry. In addition, the hall structure and media routing allow a relatively easy reorganization of the hall layout in the future.

Over 1000 devices have been installed and launched in the hall, starting from 115 workstations used at various stages of assembly, through various types of electronic equipment and ending with large devices for automatic assembly.

The production process in the hall begins with the delivery of detection structures and materials for production from the warehouse. The first stage of production for many detectors is the production of an immersion lens, where we have 24 new generation workstations for grinding lenses, on which we can produce 8 times more lenses than before. The next stage is the installation of an open detector on sapphire and refrigerators, to which we purchased a FLIP CHIP device enabling the automatic installation of detectors placed in matrices of 25 pieces. Thanks to this device, we can shorten the assembly time and improve the quality of our products by increasing the assembly repeatability.

Further production stages – include a new automatic wire-bonder, a detector encapsulation station which also enables vacuum encapsulation unavailable in VIGO so far, stations for automatic measurement of detector parameters, or new electronics assembly stations. All this fully loaded together will allow us to produce up to 100,000 detectors per year.

There is further development ahead of VIGO. Gradually, as an innovator, we work and introduce new technologies to the market in products signed with the VIGO Photonics logo.